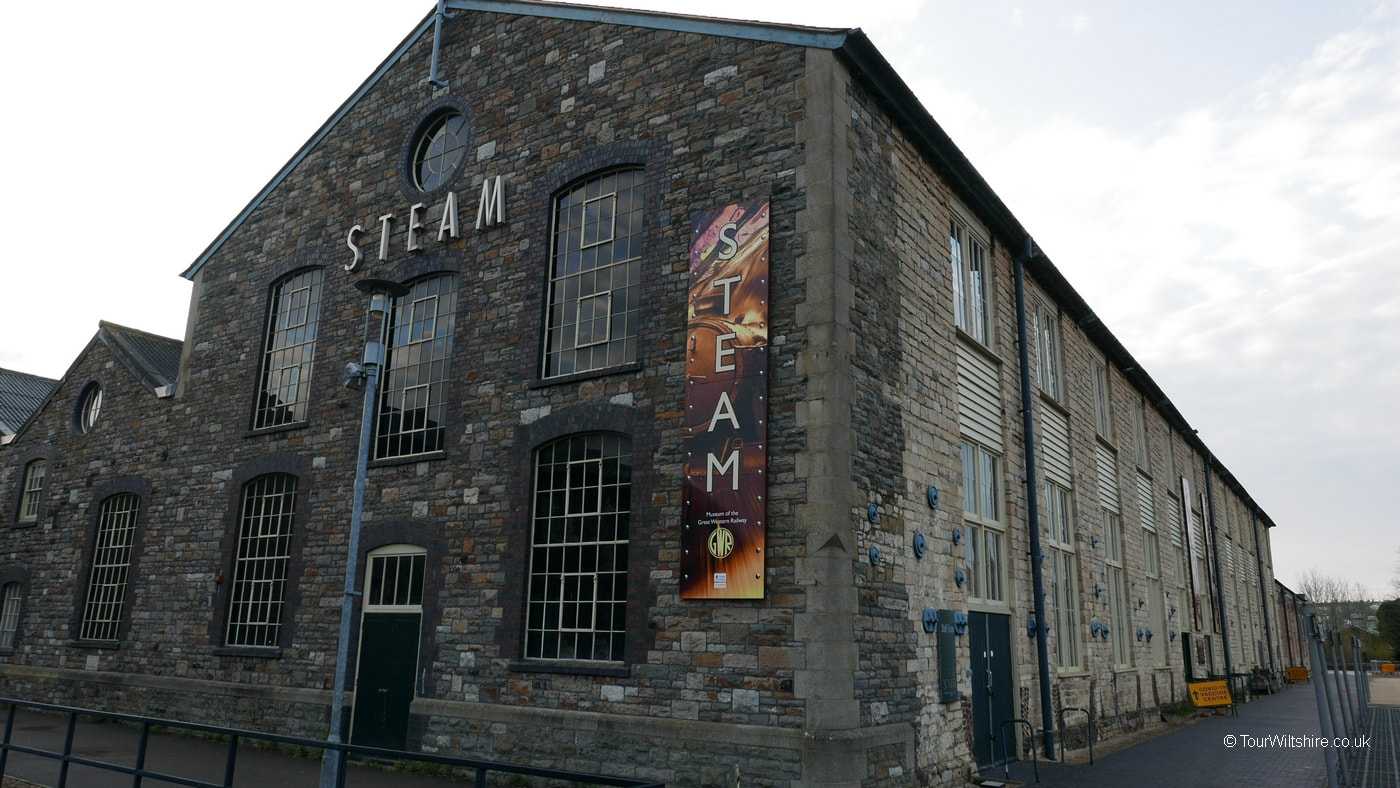 Steam, Museum of the Great Western Railway, Swindon
Swindon was a small market town until roughly the mid 19th century. This had started to change from early in the 19th century when in 1810 the Wiltshire and Berkshire Canal was opened and the North Wiltshire Canal in 1819, these brought more trade to the area, however in 1831 the population of Swindon was still only recorded as just 1,742. Then in the 1840s Isambard Kingdom Brunel's Swindon Works opened for the building and maintenance of locomotives on the Great Western Railway. Nearly a hundred years later the railway works was still the town's biggest employer with more than 14,500 employees. The Second World War saw yet more new industries start up in Swindon to support the war effort, and in 1947 the Works still produced 60 new locomotives, but in 1960 it rolled out the last steam engine, the Evening Star. The Works, which had continued for servicing, finally closed in 1986. Swindon's industry and services have since diversified, aided by the good railway links, as well as the M4 motorway, and today supports, or at least houses (many commute from there), a population of nearly 250,000, making it, by far, Wiltshire's largest town.

The architecture of Swindon, compared with other settlements in Wiltshire that grew sooner, is uninteresting, and the modern lacks both imagination or flair, but that's typical of new builds nationally. The appeal of living in Swindon is not for its beauty, but for its employment opportunities, and relatively cheap housing stock. Swindon's rapid growth, being just since the 19th century, also explains the town's absence of an attractive centre, and the growth in online shopping, accelerated by the pandemic, has done nothing good for the town's retail centre. There are three main reasons for tourists to visit Swindon, the Steam Museum, which draws around 130,000 visitors per year, Swindon Designer Outlet, which offers up to 90 stores and is one of the largest covered designer outlets in Europe, and Lydiard Park, on the outskirts, which draws around 700,000 visitors per year, not far off what Longleat, in the SW of the county, does, at 1 million. Lydiard Park offers excellent disabled access as do the other two.

For the best places to eat in Swindon click here.
STAY SAFE AND BEAT CORONAVIRUS
by the same photographer:
Chicken Leg | Imber Village