⭐⭐⭐⭐
The Grand Avenue offers good wheelchair access to enjoy most of the forest and many paths off it are OK.
Savernake Forest, Wiltshire 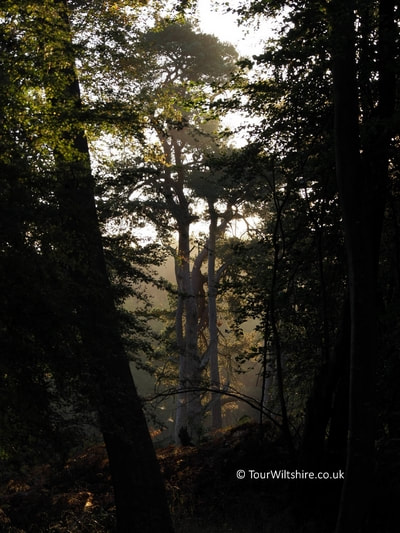 Savernake Forest extends to 4,500 acres, and is the only-privately owned forest in Britain. Much of its timber rights are leased to the Forestry Commission by the owner of Tottenham Park, and access is free. Running right through the middle of Savernake Forest is Capability Brown's 'Grand Avenue'. This avenue of beech trees was laid out in the late 1790's, and at just over 4 miles long it stands in the Guinness Book of Records as the longest avenue in Britain, 2.9 miles of it is open to the public to drive down for access to the forest. Please note that barriers close off through-traffic outside of daylight hours and a 15 mph speed limit is enforced, dogs and children roam. Parking along the Avenue is discouraged, however their are wider off-road sections, almost laybys, where people do park. A visit to Savernake Forest is very special at any time, but autumn in the forest, which is when these photographs were taken, is even more so. There is a charged car park, towards the northern end of the forest, off the A346, where the main entrance is, a barrier goes down when the car park closes, so check the times with the Forestry Commission. the forest itself is usually open 24/7.

Sir John Seymour used to welcome King Henry VIII to the forest for deer-hunting, deer can still be seen. King Henry stayed at Savernake in 1535, where he clapped eyes on the host's daughter, Jane Seymour. After he'd had his wife, Anne Boleyn, executed the next year they were married. Read further down this page about Savernake Forest's use during World War II and how an explosion there could have scuppered D-Day.

St Katharine's Church and The Explosion

The beautiful St Katharine's Church is located on the southern end of Savernake Forest, however it was not quite so beautiful on 07 July 1945 when a fire broke out at the end of the road that leads to it, the fire was at an ammunition store! Savernake Forest was used as a major ammunition store during World War II as the canopy of the trees provided cover from aerial enemy observation, the western railway line runs to the south, and the now defunct north/south railway line ran along the western boundary of the forest. Nissan huts lined the Grand Avenue and yet it still wasn't enough as munitions built up getting ready for the Normandy Landings, so amongst other places in the immediate locale The Warren was used, which lies at the end of the road, and it was here that the fire broke out leading to an explosion that blew out all of the windows in St Katharine's Church and extensively damaged the building, but for the gallantry of quick acting soldiers any explosion could, would, have spread and vital munitions needed for D-Day lost. The stained glass has been replaced and the building restored.
STAY SAFE AND BEAT CORONAVIRUS
by the same photographer:
Disabled Rambling | Chicken Leg | Imber Village