2020 celebrated 800 years since the laying of Salisbury Cathedral's foundation stone, coinciding with the start of the pandemic. 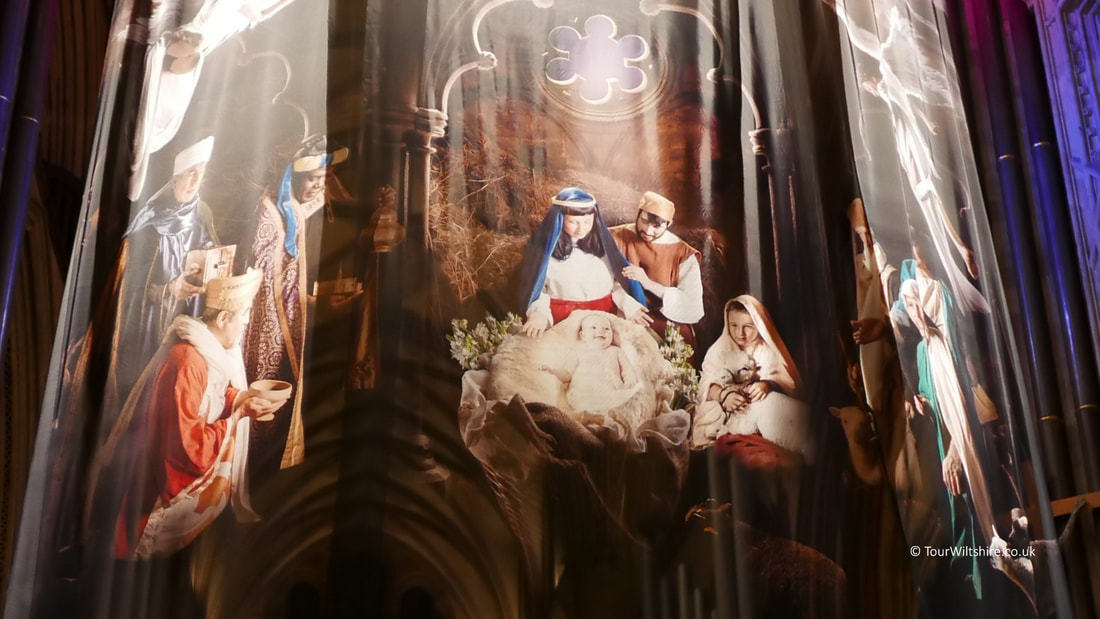 For the duration of the 2nd pandemic lockdown Salisbury Cathedral lights beamed above the cathedral. 'Light of Hope' was there to say that the cathedral is still there and we will get through Covid-19 together. 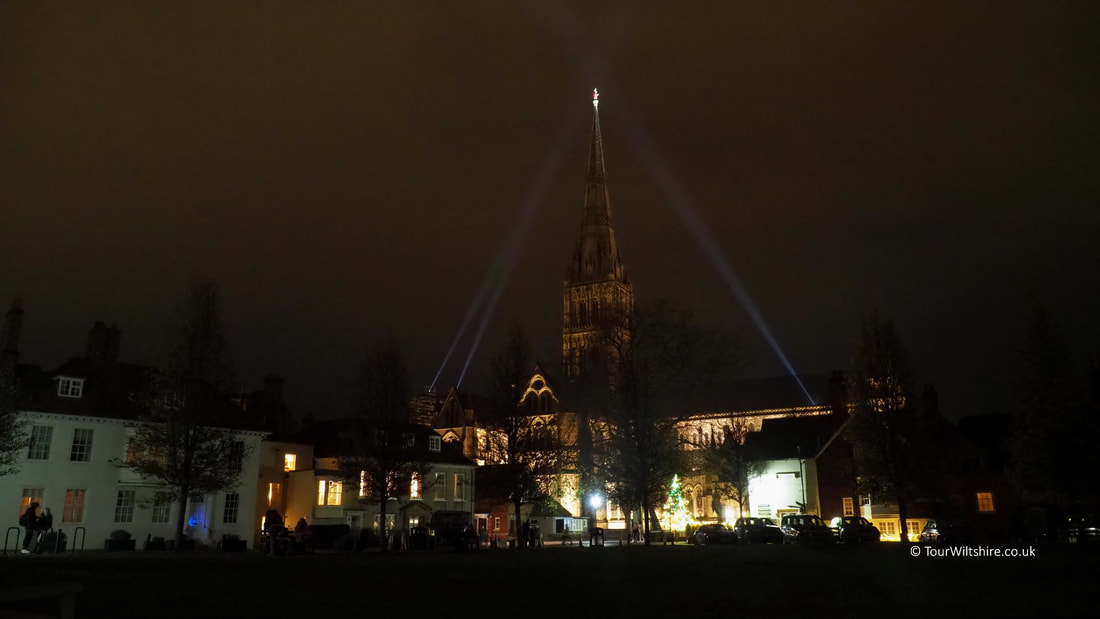 'Spirit and Endeavour' comprised of 20  pieces of contemporary art by notable artists such as Henry Moore and Grayson Perry, exhibited both inside and outside the Cathedral. These works were said to have been chosen to "illustrate the changes in thought and creativity over the past 8 centuries and to honour the achievements of the ordinary people who built a city and a cathedral of such distinction". I think that it's a matter of opinion as to whether they succeeded. Included here are photographs of: 'Stairway', by Danny Lane; 'Large Reclining Figure' by Henry Moore; and 'The Reader', a 6ft data visualization sculpture of the artist Stanza. 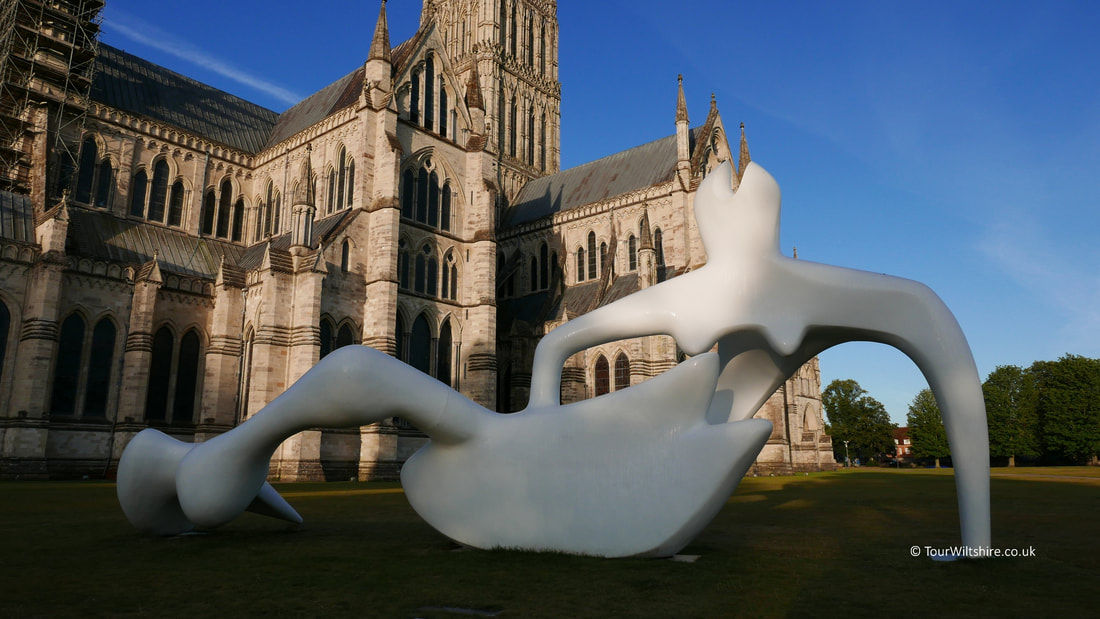 Sarum Lights was described as "a fully immersive light and sound spectacular that explores the history of Salisbury Cathedral and the people who have cared for it over the past 800 years. It combined soundscapes and light projections themed around different aspects of the Cathedral’s story in different zones, starting at the West Front and continuing throughout the inside of the Cathedral.". It worked, though the psychodelical projections inside were certainly a shock to the system, maybe a bit like tripping.

From Darkness To Light - In the middle of the cloisters 'Lumen' by David Ogle RBS, sat among the grand Cedars that were planted to commemorate Queen Victoria’s ascension to the throne. This installation of 5 tree-like structures formed a luminous canopy of interlocking neon branches up to 3 metres high.  Suspended inside the Cathedral was 'The Light', a 4-metre illuminated globe created by Richard McLester and his Poole-based studio team. The globe was spectacular. 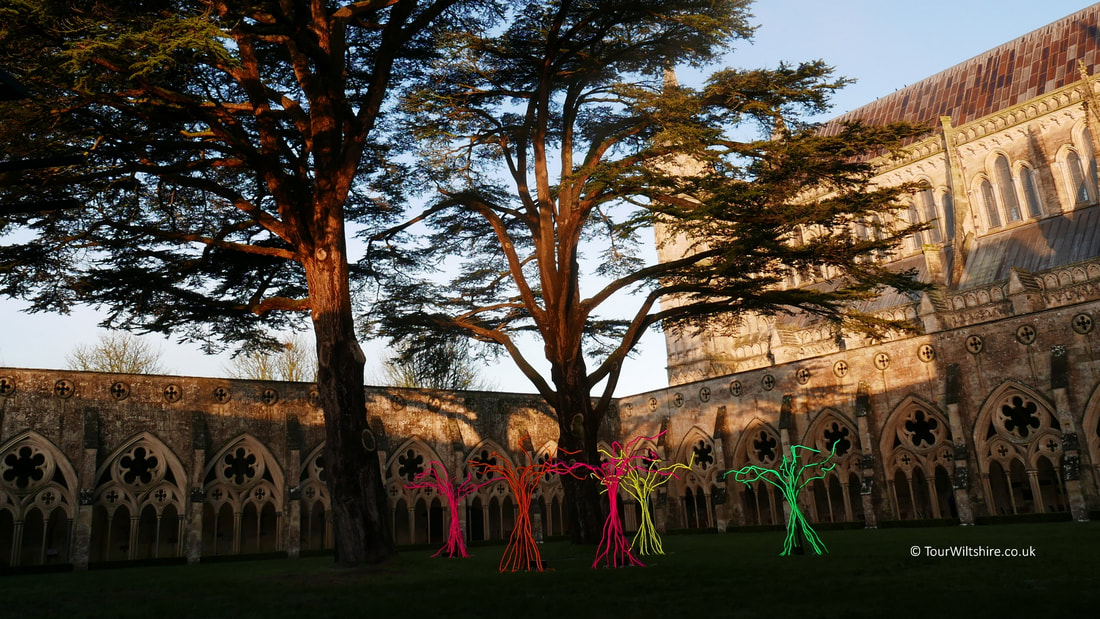 Dispersing The Night - Salisbury Cathedral said of the exhibition "The exhibition, entitled Dispersing the Night, looks fearlessly into the dark heart of humanity and seeks out the light.", personally I only found it achieved the former, and as such, whilst clever, was my least favourite exhibition at the cathedral.

Sophie Ryder 'Relationships' exhibition explored Sophie’s own family interactions and relationships, at the same time challenging us all to consider how we interact with each other and our own loved ones. It was one of my favourite exhibitions of those I've seen at Salisbury Cathedral, and limiting myself to just three images was very difficult.

Salisbury Cathedral houses the best preserved original copy of the Magna Carta, and in 2015 it was 800 years since it was signed, Salisbury Cathedral marked the occasion by holding a magnificent 'Magna Flora'. Over 500 hundred flower arrangers travelled from the edges of Dartmoor, the far west of Hampshire, from Highworth in the north to Weymouth in the south to help create the stunning Magna Flora display. Drawn from churches and colleges from within the Diocese, flower clubs from the South West and the Wessex, Dorset, Jersey and Guernsey Areas of the National Association of Floral Arrangement Societies. Each contributor made their own mark, with hundreds of individual designs exploring Magna Carta values and characters. 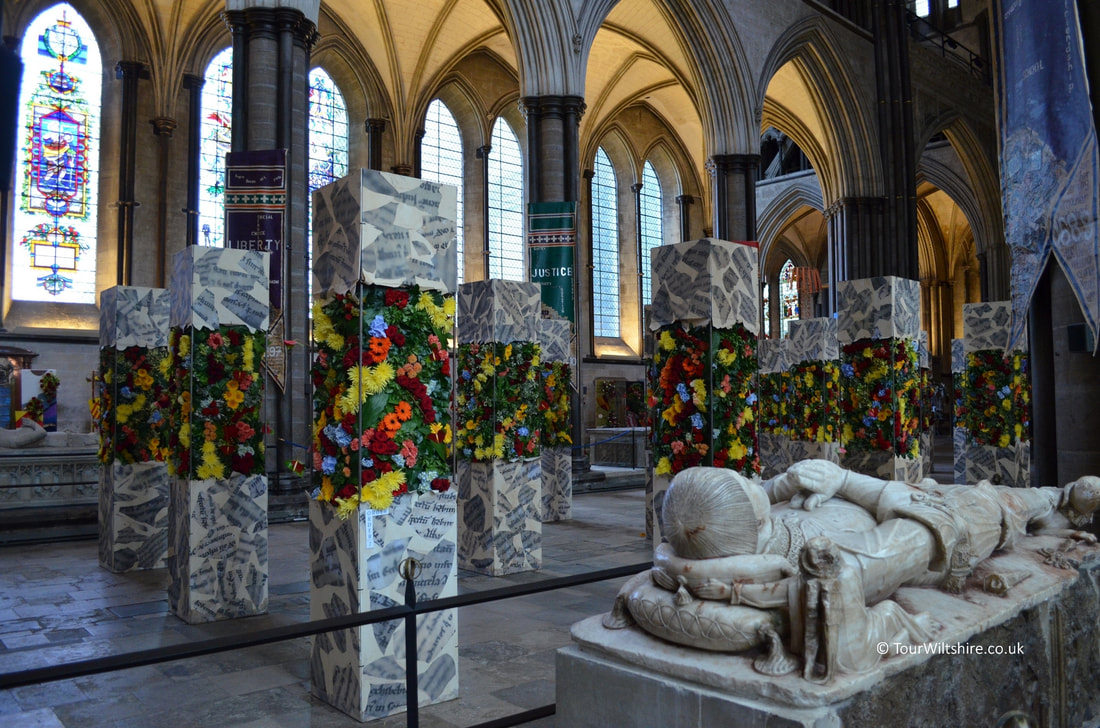 Salisbury Cathedral was the location for the first major retrospective exhibition by Helaine Blumenfeld OBE, one of Britain’s leading contemporary sculptors working in marble and bronze. 'Messenger of the Spirit' brought together twenty of the extraordinarily beautiful pieces Blumenfeld has created throughout a career spanning more than four decades.

2012 saw the summer Olympics and Paralympics come to the UK, and Ben Dearnley brought his exceptional sculptures to Salisbury Cathedral, modelled on some of the atheletes who would compete in the games.

Sean Henry's exhibition of sculptures, 'Conflux', large and small, was the first exhibition at Salisbury Cathedral that I was invited to photograph, and is best summed up by others - "Sean Henry's artwork celebrate[d] the fragile individuality of anonymous men and women, challenging the viewer to contrast them with the timelessness and indestructibility of the building, with its memorials to important historical figures and the glories of the faith. For the Cathedral community it offers an opportunity to remind visitors that the wide-ranging emotions and frailties displayed in the work are as relevant inside this living church as the refined memorials and celebrations of faith that have adorned the walls for generations." seanhenry.com. Of all the exhibitions there that I've been to at the cathedral it remains my favourite, it was nearly impossible to choose my favourite figures from so many that found space in and around the building, even high up on ledges on pillars of the cathedral. The ordinariness of the individuals is echoed in the titles, or irony, of the pieces. 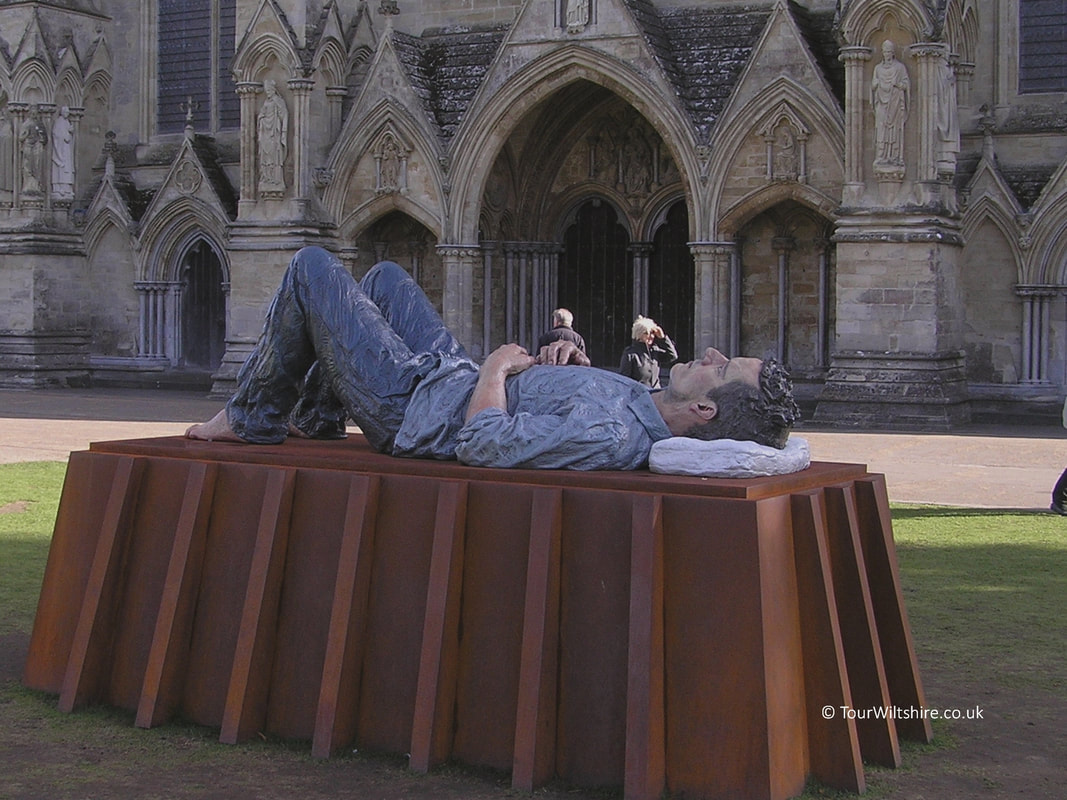 I went because I was invited to photograph the preparations, but frankly I expected very little of the festival, I was wrong, it was sumptuous. Chelsea Gold Medalist Michael Bowyer masterminded the design, assisted by Pam Lewis and Angela Turner, both also Chelsea Gold Medalists. 500 flower arrangers from churches and flower clubs came together to prepare displays that overwhelmed the senses.
STAY SAFE AND BEAT CORONAVIRUS
by the same photographer:
Disabled Rambling | Chicken Leg | Imber Village